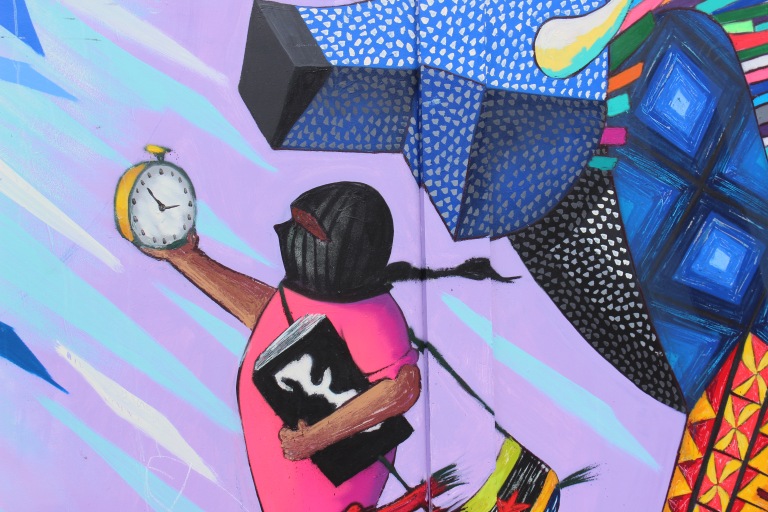 Any organisation that can’t articulate itself will inevitability find itself in choppy waters. Investors, employees, customers, all need to know the story. If they don’t, investors hesitate, employees flounder and fragment, customers walk.

I’ve spent the majority of my working life advising organisations how to capture and communicate their story to existing (and potential) employees, so there’s no doubt in my mind the correlation between finding the right words and fulfilling the right actions.

I’ll admit, it can get a bit boring. Division is spicy. When you go into an organisation to conduct focus groups and interviews and everyone tells exactly the same story, everyone’s so goddamn ‘on message’, you do start to feel you’re talking to a working community where they’ve all had the same chip put into their heads.

At the same time, though the personal experience of taking down the same notes – often word for word, time and again – can get a little wearing, the positivity that comes through such certainty, such unity, is always intoxicating. You do find yourself wondering whether there’s something to this cult that might just work for you, too.

Where do I go to get chipped, then?

At the other end of the spectrum, I have worked with organisations where the story has been foggy, conflicted or disputed. Sometimes you can take down the grievances word-for-word, but what the story is – or should be – can be so varied (or nebulous) it’s hard to extract any sense of a core DNA which might bind it together.

A speedy route to a disengaged employee is to make them feel they don’t know what the organisation they are part of stands for, or where it’s going.

And this, in essence, is the story of the EU and Britain’s departure from it.

For the last two decades, the story of the EU has been obscure – it itself has been remote, saying little; the British media has filled the void with sensationalism and conjecture (what else would it do?); and the British public has been, at turns, outraged and disinterested in it, and, ultimately, totally confused as to what it’s all about (I think, Leave or Remain, we can all agree on that).

Where were the TV ads over the years, shown in every country, telling us of all the great things they were doing, the interesting things they were thinking about, the challenges we all faced ahead? A voice that could have both celebrated our diversity and displayed how much of the same boat we’re all in.

If the EU is to stem the rapid threats of Swexit and Frexit, even Gexit, it needs to get its story straight – and out there – now (yesterday, in fact).

I fear it won’t. I fear – just as I fear British businesses over the next few years are going to be so caught up in disentangling and remaking policy that the time, and money, for innovation, for creativity, for inventing the future of work, will be severely squeezed – shaping (and sharing) the story will be low on the list of priorities.

So what of our story, here in the UK; what’s that story now?

I think it’s as confused as it ever was; more disparate, and divisive, than I ever really thought it was.

What’s been clear in the aftershocks of the Referendum result is how people voted for so many different things. It was the Mashup Referendum.

On the Remain side, though unable to articulate a winning story about the EU itself, there was a compelling argument in the “it might be bad but it ain’t all bad/better the devil you know/why push the apple cart when there’s so much volatility in the world right now/we’re better working it all out together,” narrative.

Though I was, initially, open-minded enough to consider the alternative, even putting aside all the ugly politicking of a bitter, toxic campaign on both sides (and, in particular, putting aside the sinister – and, as it has turned out, incendiary – immigrant narrative for a second here), what always troubled me about Leave was the lack of any substantial narrative.

The vision gleaned of a future, independent Britain did have some recurring motifs (Churchillian, bulldog spirit, pints of beer, market stalls), did have a rousing cry that we could be ‘great’ again (by taking our country back), but it all felt tinged with nostalgia, bluff, bluster and bravado – invoking the glories of our past without much discussion about the possible glories of our future, just a sense it would be possible to turn back the clock somehow.

We can’t turn back the clock. To suggest you ever can is a terrible lie.

Nor should it be. We have a far clearer picture of the divisions in our society than ever before. We have the data now. It’s the same in any organisation: knowing what you’re dealing with is the best place to start if you want to fix it.

As I advise my clients, before constructing the story, you’ve got to listen to people first, even those who opinions might be unpalatable to you – especially those people, in fact.