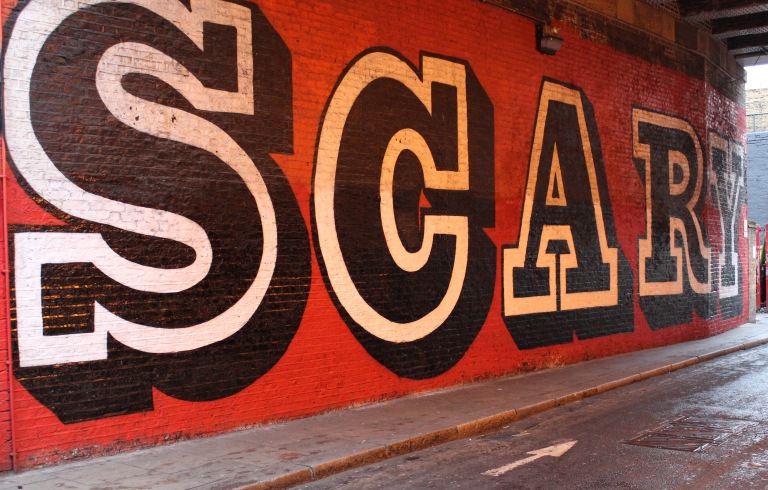 Whether romantically-based, work-related, or between nations, deciding whether to prolong or abandon any union is a process fraught with tensions between the head and the heart.

Should I stay or should I go?

Are we better together or better apart?

And, either way, will whatever is decided lead to a brighter future, or just a different one?

(Will we be forever haunted by the Joni Mitchell refrain – “Don’t it always seem to go that you don’t know what you’ve got ’til it’s gone,”).

There are some universal questions to consider about the health, and worth, of any given union:

Are both parties benefitting from the relationship?

Can past mistakes or conflicts be resolved, be forgiven or even forgotten – and can they be prevented in the future?

And, the most essential component of all, is there so much as an ember of desire for the union to work contained within both parties involved?

In matters of love, it probably makes a lot of sense – and would help a lot of people save themselves a lot of time and unnecessary grief – if the first question addressed was the last: relationships can only continue if your hearts are in it, whatever arrangements and compromises might be made.

Don’t it always seem to go in most break-ups that one person gives up before the other?

There is no desire, and where there’s no desire, this usually obliterates any benefits the relationship might bring. Mistakes and conflicts are never resolved, forgiven or forgotten – and so they play-out on endless repeat.

At work, it tends to be the first question that both parties spend a lot of time struggling with – are we getting the best from, and out of, each other?

The struggle for a balanced deal between workers and employers has been starkly played out this week with revelations about the employee contract and culture at SportsDirect. When “You’ve got a job, haven’t you?” seems to be the only distinctive benefit offered to one party, it’s a relationship that should, quite rightly, be called into question.

Trouble is, you’re not always in the right place or position to hail that damn taxi.

For most on this planet, the ‘benefit’ of work is the cold hard cash it delivers, however scant. The purpose is pure: to provide, to eat.

For a good percentage of us here in Western Europe (while we still are), our relationship with work is…well, it’s complicated.

Even when the working culture really ain’t that bad, even when it’s perfectly rosy, people still spend a lot of time worrying about whether to stay or go. People ask me all the time whether they think they should stay somewhere or move on, career-mapping and planning, and, sometimes, just because they’ve read something that has told them some ‘golden rule’ about ‘perfect’ career-mapping and planning.

I don’t believe in golden rules.

My advice when considering if it’s time to take flight from an employer is to ask yourself two questions: am I learning; am I conquering?

This takes us back to mistakes and conflicts, too.

Clichéd as some will undoubtedly say it is, if you’re learning something new every day, it might be worth sticking around. Likewise, if you’re finding your power, are on your game, growing in confidence, in boldness, why skedaddle just because some ‘expert’ says you shouldn’t stay somewhere at your level for more than three years?

But, if you’re making lots of mistakes or not being forgiven for those you do make (or, of course, are being tripped-up into making them); if you’re constantly battling rather than conquering (or your boldness and conquests are causing conflict), don’t think of the time frame, think of the toll.

Just as with love, with work there is that other question to consider, the more existential one: desire.

People’s desires at work connect to purpose, to community, to a vision, a mission. A belief in possibilities. A legacy, too.

This is always one of the saddest things about the demise of any high street retailer (as we’ve seen with the recent fall of BHS here in the UK) – there’s a sense of mourning mixed into the anger, fear and pain of job loss; an end to a comforting, if neglected, sense of continuity.

It seems to me the greatest loss to BHS happened long before it started to really crumble – no one had any vision for it. The workers were committed to the relationship, but not so those at the helm.

Contrast this with Steve Rowe’s Mrs.M&S turnaround strategy: whether you like it or not, it’s a clear vision, it’s bold, and is rooted in customer desire and goodwill (and where there’s will, change for the better can follow).

Which brings me to my final union to consider in this post (yes, I’m going there): the European Union and Britain’s relationship with it.

In what order should my relationship questions go with this one? Truth of the matter is, I have no idea.

The biggest challenge is defining the real nature of the relationship in the first place. Is it more akin to a working relationship or a love match? Does it boil down to a trade-off or a philosophy?

The messiness of the debate certainly has hallmarks of both – the impenetrable ‘speak’, disputed data and sensationalism of business disputes; the bitterness, hysteria and character assassination  more often encountered in a marital breakdown.

Personally, I entered into this debate a bit like Joan Armatrading, not in love (or wedded to one option or the other), but open to persuasion.

I have no direct experience working with the EU, I don’t really understand its mechanics. I have lived my life within the EU, both as a Brit and as an EU immigrant when I lived in Amsterdam, so, from that point of view (my past another country), I guess I’ve had a wider ‘European’ experience than many (if only an ‘experiential’ one).

That said, it’s hard to ignore the army of international politicians and economists who believe we’re better off in (though even this begs the question of what vested interests are at play).

So, if the benefit question isn’t all that helpful, what about the mistakes and conflicts, the possibilities for revision and reform? Can we make the future better together?

Across Europe, there’s clearly a desire for change and I believe that change will be inevitable, whatever the outcome. This is the age of transparency. All institutions are facing unavoidable scrutiny and exposure, and the EU, in the longer-term, cannot be immune to this.

Dragging things into the light either shrivels them up or transforms them. Adaptation is the key to survival. Whether the UK is there or not, I think the future of the EU will rely on its ability to evolve, and to speed up that process to keep pace with the chaos of our times.

If it doesn’t, it will, inevitably, die.

So I’m left with the ember, the notion of desire. ‘The People’ will tell us how big that ember is, but, at this 11th hour, I’ve come to the conclusion we should be fanning it.

Putting the volume of the economic arguments for Remain aside, I find myself back on a more philosophical tract.

There is more that unites us than divides us.

Any couple will tell you that. Any business will too. And it’s the basic principle at the heart of the EU – the desire to make things work for all states involved, however agonising that process might be, however much it can be improved.

Going it alone is always a bit scary, but it’s not ‘Project Fear’ that makes me so troubled about the consequences of leaving the EU, it’s the fact that those calling for it seem devoid of any real vision (I can’t help suspect the one many have is something a bit like a Britain of the 1950s, a turning back of the clock to another age, another time, that’s gone with the wind).

It’s a scary world, and with so much volatility in the world, pressing for revolution without a clear vision, without a clear plan, and with the possibility of some very dangerous voices exalted in an ‘OUT’ victory, is a really scary picture – and one no big yellow taxi is going to come along and rescue us from.

3 thoughts on “Calling Joni Mitchell: When Is It Time To Say Goodbye?”