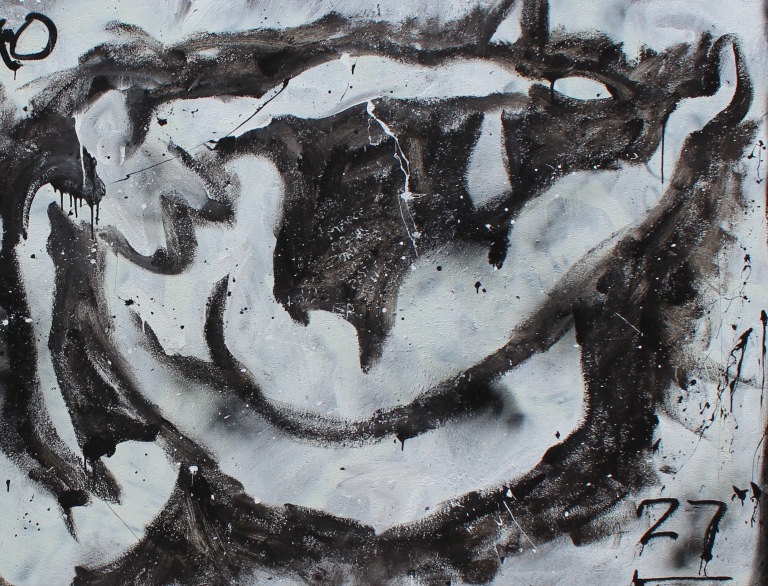 It seems I was born with a passion for fashion. From before I can remember, I am told I was always very particular about my clothes, very decisive about them, and liked to take care of them. Such are the strange quirks we are born with (my brother and sister couldn’t have given a monkey’s and neither are that fussed to this day).

As I’ve written before, this passion was taken to new heights when I got a job in a designer clothes shop at 16 (where I worked before heading off to university at 18), and, once at university, I worked at the department store Harvey Nichols.

(Needless to say, by the age of 21, I had a wardrobe to rival any fashion-capital-based Trustifarian, despite my modest existence – the joy of the sales assistant’s discount).

This was the mid-Nineties, the exact same time as the setting for The Assassination of Gianni Versace, so I well remember just how big Versace was.

The was the era of the Supermodels, the Originals – Linda, Christy, Naomi, Cindy et al – captured so perfectly by the, then newly emerged, Glamazon RuPaul’s Supermodel (You Better Work) and George Michael’s Freedom video.

Absolutely Fabulous had just hit our screens, and my friends and I would sit on the tiny balcony of my minuscule bedsit in Knightsbridge on long summer nights and into the dawn, drinking champagne (never Bolly, the Harvey Nics shifts and student loans didn’t quite stretch to that) and voddy, smoking badly-rolled joints and Marlboro Lights.

We were in it, in our way. Heady times. And boy did we think we were it.

The Assassination of Gianni Versace reminds me of all this so vividly (oddly, the previous ‘American Crime Story’, The People Vs O J Simpson, was equally evocative for me). Watching the first two episodes, I’ve been teleported back in the strange days of my youth, reminding me of a time when I didn’t give two hoots about the state of the world, or worried about the future (or, indeed, my future – we were allowed to be young then and left unsurveilled, without labels like Millennial or Snowflake).

It was all just absolutely fabulous and surely would stay that way forever.

The tragedy of youth.

The tragedy of Versace’s murder, against that backdrop, was huge, to us. We couldn’t believe it. It was unbelievable. Too young to remember the murder of John Lennon, Versace’s death, for my crowd, ripped into our consciousness in the same way JFK or Lennon must have to the youth of their respective days (of course, Versace soon paled against the hounding, monumental death of Princess Diana a month later).

Gianni Versace was the last designer (certainly that I can think of) to love women’s bodies for being women’s bodies. He dressed women, not girls with the bodies of teenage boys. He liked healthy-looking women, and didn’t ‘get’ the desire for the heroin-chic waifs that would, despite their collectively low BMI, have a such a significant gravitational pull for the designers that followed in his wake that they would collectively eclipse those Glamazon Goddesses, shoving them off of the world’s catwalks and out of the pages of the high fashion magazines.

While the Supermodels were a no more realistic representation of the average woman than the waifs that trampled them out of the way, they were, at least, a healthier-looking aspiration. They represented strength, not frailty (though said little, it has to be noted).

But Les Enfant Terribles that were marching up behind Versace had other ideas for women’s bodies. The flesh got in the way, and had to be tortured into place to suffer for the art. Bones create the sharpest frame, which fabric forgives far more readily than flesh. Their visions had edges. Versace’s had flow.

Over the last two decades, the lines haven’t softened. For fashion designers, the goddess is yet to be reborn with any real currency. I know what you’re going to say, but what about Kim Kardashian? Hasn’t Kim, conjunct Beyoncé, altered the template of the aspired female form away from its ‘boyish’ grip and back towards a more Venusian body (albeit, an extremely exaggerated version)?

In short, no. I had a scan over the Fashion Week shows – I didn’t see any 5’ 2” women with obvious hips cissying their walk down any of those runways.

Bey and Kimmy, and others, have, admittedly, widened the field in the mainstream, but in high fashion, the Superwaif still has an iron grip (though, quite likely, an iron deficiency).

And the Superwaif’s iron grip even tortures the aspirations of a Kim Kardashian.

My proof? I used to keep up with the Kardashian’s quite a bit at one time (often in hotel rooms while travelling for work and waiting for room service) – I have to confess, sorry Kim, I haven’t for a very long time – but there was one incident in one of the pre-wedding-to-Kanye episodes a couple of years back that has always stuck in my mind.

None of the sisters were happy with their bridesmaids dresses so a new set of dresses were sourced, and Kendall (the fashion model one) was dutifully sent off to be the first to try one on. Poor Kendall. As she walked back into the room, all the sisters turned to her, looked her up and down and, as a chorus, said “Bitch!”

I thought it was so telling. Despite all of the others being celebrated for their bodies (and all, in their various ways, making a fortune out of them), given the choice, given the blue pill that keeps them as they are and the red one that gives them a body like Kendall’s, they’d go for red.

The tragedy of this is the constant body dissatisfaction that comes with the comparison. The endless comparisons. The tyranny of ‘Thinspiration’ and the dangerous behaviours, and illnesses, it can lead to.

Genetically speaking, a tiny percentage of the population are born with the dimensions of either the Supermodels or the Superwaifs. But art, as high fashion is, has no moral obligation. It can artlessly present an imagined ideal, a lie, a distortion. But art also seeks truth, and the fashion world could benefit from widening the lens in this direction too, finding a beauty that celebrates what we are, rather than continuously reducing it; lacerating it.

Gianni Versace wanted women to wear his clothes and feel like goddesses. To proudly be All Woman. You can’t help but wonder, had he lived, whether the fashion world wouldn’t have murdered the goddess quite as quickly as they did in the wake of his death.