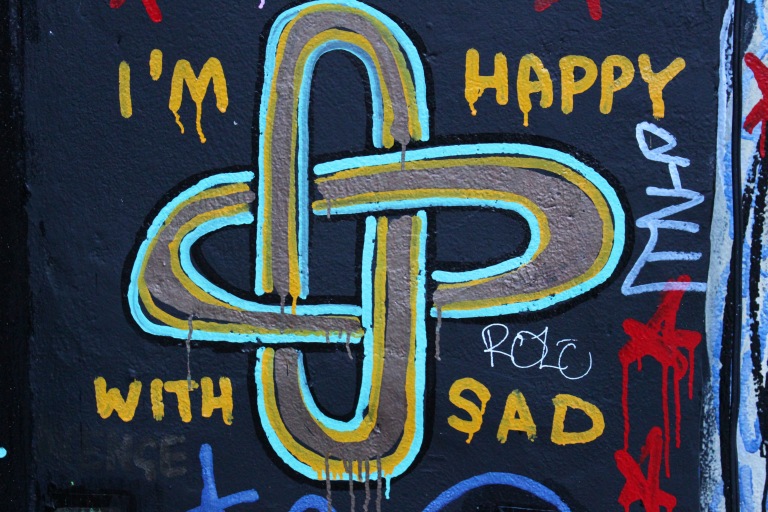 A little while back, I wrote a post about a rather depressing report into the mental wellbeing (or lack of) of the Australian workforce.

At the time, I hypothesised that this report’s findings would be, more or less, replicated across the Western world and, sure enough, a couple of weeks later, the CIPD has reported that, in the UK, employees’ mental health is getting worse – with the CIPD’s figures showing a constant climb in reported mental health every year since 2010.

Now, we can search for some kind of silver linings here (or, at least, some indications that the onward climb might not be inevitable and could even, in some cases, be preventable).

We could take heart that more reporting of mental health issues suggests that this (still very much taboo) issue might be losing some of its stigma, with employees increasingly feeling they can raise the subject with their employers.

Having the conversation can only be a good thing.

Ruby Wax, comedian, campaigner and visiting professor in mental health nursing at University of Surrey, has recently gotten a fair bit of flack for advising that you should never tell your boss you suffer from mental illness, but I don’t think she’s saying you shouldn’t be able to, just that we’re a lot less enlightened than we might think ourselves to be, and that what people (especially employers) may say on the surface might not reflect what they really think. Or do.

It’s still not easy to have the conversation and, in some environments, as Wax highlights, not all that advisable either. Depressing, true. Honest, certainly. Changing? We can but hope.

More of a stretch, but still relevant, is surely the fact of the 2008 global financial crisis and its fallout (which is still sending shockwaves of uncertainly throughout businesses and organisations, not to mention individual households, some 7 years later).

The workplace has become more pressurised, less certain; targets have been hard to reach – and performance, and job security, have been linked to, in many organisations solely linked to, hitting them.

The Teenies (is that what this decade is yet?) have, so far, been pretty damn stressful for everyone. No wonder more people are reporting mental health issues at work.

And that’s just the economic backdrop. There are other contextual issues that would also help explain the increase.

I challenge anyone to open a newspaper and not feel slightly depressed within minutes of reading almost any story. We’re not good at good news.

And what a world we’re living in. Open a newspaper or turn on a TV (or open your Twitter feed) and, as Prince so eloquently put it in the lyrics to ‘Sign O the Times’, “Every other story is telling you somebody died.”

Then there’s the curse of our ‘compare and contrast’ social media age.

Oh, look, there’s someone you used to know having a much nicer looking life than you; there’s someone you used to work with working for a much sexier business than you, or in a much bigger role than you; oh look, there’s that person who used to be voted ‘least favourite person to sit next to at a dinner party’ – they have twenty times as many Twitter followers as you!

Of course, we have to be very careful with our definitions here. Mental health issues can’t be neatly categorised. They don’t fit into nice clusters of crystal clear data. They’re often mutable, changeable and, at any level, difficult to diagnose.

There’s a very wide berth between clinical depression and feeling a bit blue. That’s not to negate the latter, but it’s important we don’t negate the former either or confuse different conditions.

A bi-polar friend of mine once explained it to me this way:

“When you’ve just split up with your boyfriend, or you hate your boss, or your rent’s gone up or the car’s gone kaput, or all these things are happening at once or one after the other, you’ve got a good reason to be depressed.

When everything in your life is actually going okay but you still wake up crying every morning and wanting to kill yourself, that’s really something else. Something chemical, mainly.”

One thing is certain though. At least one in four of us will suffer from some kind of mental health issue at some point in our lives – a quarter of any workforce.

Is more reporting leading to better management of these kinds of issues? A more open-minded (if nothing else) response?

If we could be universally certain of that, we could only take the findings of the CIPD as a positive step forward in the evolution of workplace culture.

Perhaps we can look to the example of António Horta Osório, CEO of Lloyds Banking Group, for a hopeful sign that things might be changing.

Ridiculed in the press for taking time off for stress and overwork eight months into the job in 2011, after a short break he was back at work and, by 2014, had helped steer the Group back into profit.

Okay, it’s a rare example, but it is a positive one, and one worth remembering – and worth sharing.

Which brings me to my other, final, silver lining thought.

I’ve written before about this being the age of transparency, and with that transparency comes scrutiny, envy and exposure to things we’d rather not see.

The age of transparency is as much the age of anxiety.

The world comes crashing into our hands with all its brain-frying, depressing, anxiety-inducing intensity.

But it also places a world of other people, of other stories, of other ways, into our hands too.

We can take assurance, however little assurance it might be in some instances, that someone else is in a very similar boat to us. We can make that connection. We might even be able to take comfort, inspiration or coping mechanisms from their story.

And, most importantly, the more we can let others know they’re not alone. So often, not feeling alone is the first step to feeling better.