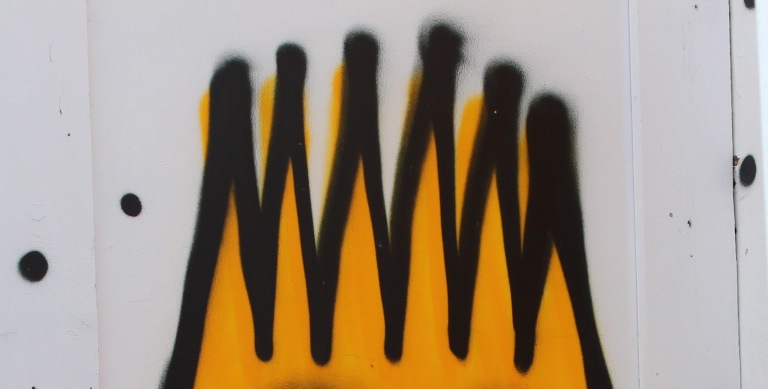 Paper crowns. In every pub, bar and restaurant I’ve been in, or passed, I’ve seen them.

It’s almost two months now. It only ever appears to be one grouping per venue. It could be a small gathering, clustered together. A large gathering, featuring row upon row of them.

But there they are, an inevitable part of the festive tableaux – people on their work Christmas lunch or dinner. And paper crowns, the kind you pull out of crackers, on every head.

Strangely, I haven’t seen anyone pulling the actual crackers themselves, only the obvious aftermath of this (largely pointless, almost always vaguely disappointing) Christmas tradition.

But even putting aside the hard-to-find crack in pulling the thing, the mood-flattening jokes and the choking-hazard gifts, it’s the obligatory wearing of the infantilising paper hat that begs the question: why do we do it to ourselves? Why keep this tradition alive?

Does anyone actually enjoy wearing the goddamn hat?

I saw a bunch of dudes in a rib place in Shoreditch, uniform in their statement T-s, plaid and denim; I would guess some kind of Tech Kings.

I saw a smart set of toothy people (fairly gender-balanced, everyone suited) in a dimly-lit restaurant in the City, all highly-animated, high-spirited; Kings and Queens of Law or Management Consultancy, I would imagine.

And the group that most fascinated me, a large, glamorous, all-female cast in a cute old pub in Aldgate, not one of them aged above thirty-five (impossible to discern their profession), all sitting in an oppressive near silence, many engrossed in their phones, but, nevertheless, all crowned.

(I couldn’t help wondering if they’d all been laid off, or, worse, half of them had. It would be a fiendish, yet devilishly ingenious way to do it – putting P45s into all, or some, of the crackers).

I wonder what it tells us about a workplace culture, though.

On the one hand, it’s a democratising gesture for all, regardless of ‘rank’, to be wearing their paper hats around the dinner table. All for one and one for all. Everyone looking equally silly (everyone equally uncomfortable as the ghastly things start melting onto the moist foreheads that bear them).

I saw no dissenters.

On the other hand, it’s that very point that could make the act less innocuous.

To refuse the crown would be to anoint oneself as vanity personified, or someone who takes themselves too seriously, or (more dangerously) someone who is not a ‘team player’.

Lament your long-standing allergy to the dyes used in tissue paper all you want: no one’s buying that.

It’s a test, isn’t it? Given a testing workplace culture, uneasy, indeed, lies the head that wears the crown.

But, at least for the toothy City lawyers and Lumberbot boys from Shoreditch, and even, come to think of it, for the stone-faced women in Aldgate in all their glitter, it was a display of unity.

What could be more festive than that?