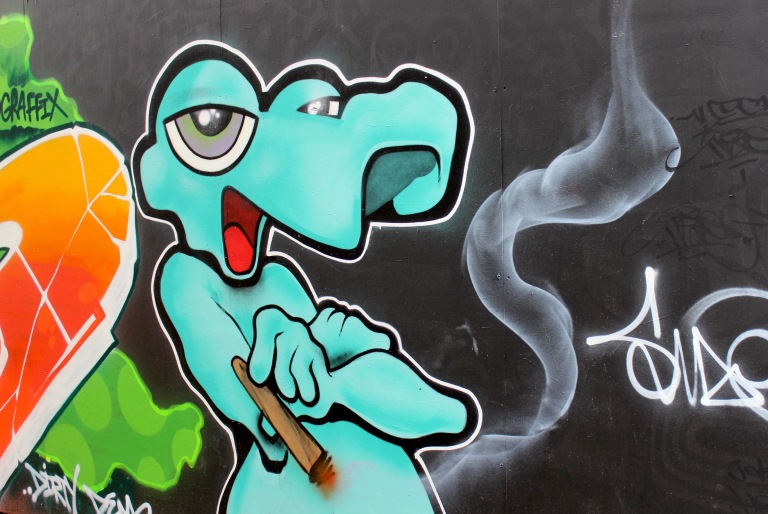 Silencing our inner critic is said to pave the way to success, but where does that leave our critical friends?

You can’t move for them on Twitter. Positive affirmations. Aphorisms that advise you to put aside the ‘negative’ people in your life, the negative influences, the negative thoughts. Only this way will you find success – that holy grail; that ephemera.

It’s true. We beat ourselves up even when the world doesn’t bother us. We unpick threads of doubt, unravel mysteries that didn’t seek to be answered. We worry, and worry at ourselves, filled with a future anxiety that clouds the present, darkens the past.

Or trolling, the strategy of many a self-doubter in this irksome present, silencing their inner critics by turning them out on the world. So much easier to take down someone else than dismantle yourself to see what’s lurking there.

Of course, Twitter doesn’t lie. One of the best ways you can silence your inner critic – the one that tells you not to be so stupid, not to believe you can, not to even bother trying – is to have people who are positive about you in your life.

They needn’t necessarily be particularly positive people in themselves – not everyone responds to a sunbeam – but they do need to believe in you and express that belief.

Friends are followers, after a fashion (though I don’t think it can be said followers are necessarily friends). The role of leader in the friendship may oscillate, or constantly remain clearly designated Alpha-Beta, but, nevertheless, friends follow each other throughout their lives.

The follower makes the lone nut a leader. Leaders take action, whatever their doubts. If we are to lead our way in life, if only by managing to tread our own path, friends are surely the best cure for possible inertia. Supporting us. Spurring us on.

But this is where it starts getting thorny. What makes a good friend? Could it be that surrounding yourself with only cheerleaders might be a great way to silence your inner critic, but could lead you to taking stupid actions?

What if you are being stupid, believe you can when you can’t, shouldn’t bother trying – wouldn’t a good friend tell you?

Every tyrant learns, eventually, the loneliness of sycophancy.

What a good or not so good friend would, could or should tell you is the burning issue at the heart of almost all reality TV, most of morning TV and the majority of soap opera storylines. We spend a great deal of time judging what makes a good friend.

According to studies, integrity and reliability are right up there. Even more important than being ‘fun times’, in fact. A good friend does tell you. In a caring, sensitive way. In a non-judgmental way. Because they still believe in you. And they’ll support you in whatever you decide to do with this new information either way.

This is the point, and it’s just as true for the ‘critical friend’ in business. You’ve got to be on their side, even if they’re flawed, or maybe because of it. You’ve got to share the same goal, however much work it might be to achieve it.

We’re back to belief. Not blind faith. Not cheerleading on the sidelines as someone collapses. Good friends know you’re a flawed human being, because they’re one, because they know we all are. They choose you knowing this. In good faith, they might want to help you avoid the excesses of your worst flaws, and hope you’ll do the same for them in return.

There is currency in all friendships. The critical friend in business, in good faith, will want you to avoid any pitfalls (in bad faith they may avoid pointing out certain ones in the hope of more work, and you want to avoid those ones). A good, productive, constructive job, and payment, is enough in return.

What we expect from our friends in return for our choosing them – well, that’s thornier still.

Tabs and tallies of drinks rounds and children’s presents, hosted events and attended events, returned and unreturned calls and texts, invitations accepted or declined, things said, jokes made, points not taken too kindly – scratch most friendships and there’s a secret list of something being created.

But, joyously, as Twitter will frequently remind you, you have licence to step away from those negative people (for some people, whatever you do, the list never balances out).

Before you do though (and even with the best will in the world, it can be easier said than done to divest yourself of a toxic friendship), ask yourself one thing: is it the balance that’s out of sync, or the critique that’s out of order?

If someone tells you something you don’t want to hear, or points out a blind spot, that doesn’t mean they don’t believe in you. But if your friend can dish it out but not take it back, or never counters their critique with ‘evidence-based’ praise, that’s a big imbalance right there. Step away.

The critical friend in business works best when it’s the choice of the business to engage them, when the ‘friend’ already has a really good understanding of them and what’s important to them, knows ‘the deal’, and sensitively approaches how they give their advice.

The critical friend in life does pretty much the same thing, they just don’t expect to get paid for doing it. But they don’t want to be out of pocket either (which is why a surefire way to lose a friendship is to borrow money – just watch any episode of Judge Judy).

To counter it, we do need voices of expansion – people who tell us to think big, who always want more for us, better for us, love to see us on top form. But a really good friend can also help us to see ourselves better, the good, the bad and the downright deluded or ugly lurking in the corners.

4 thoughts on “The Critical Friend”