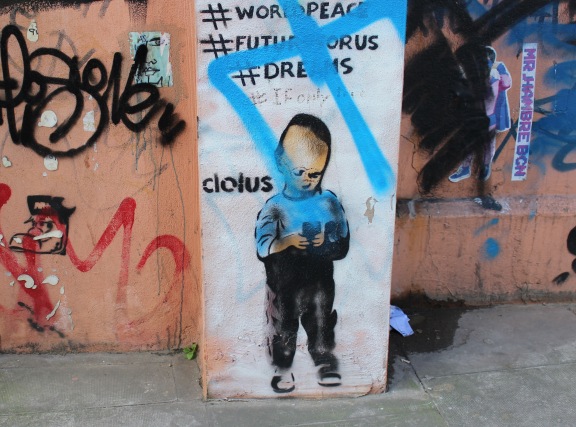 My lament about our inability in the UK to produce good TV about work has gone up before. Nevertheless, cock-eyed optimist that I am, I’m forever scanning the schedules for content that explores workplace dynamics, so I couldn’t resist being drawn to the BBC drama The Replacement.

For those unfamiliar with it, The Replacement is billed as a “psychological thriller about a woman who goes on maternity leave only to become increasingly paranoid about the motives of the person covering for her.”

Right, think I: this is going to be interesting. Maternity Leave is one of the thorniest workplace issues there is. Anyone who’s been there, or had a friend, partner or colleague who’s been there (and has had their eyes and ears so much as half-open) will know it’s a process fraught with many competing priorities, and that, surely, is as rich a seam as you can get to explore in a drama.

Whether planned or pronounced, a workplace pregnancy changes everything.

A future absence has to be accounted for. A body (once, hopefully, private property) suddenly becomes an object of public scrutiny, commentary. Familiar routines, like a pint of Pinot Grigio after work with the gang, may be thrown out of kilter, or thrown out altogether.

Pregnancy is a surefire way to assess an employee’s currency, and it can fluctuate more rapidly than the FTSE after a Brexit announcement from the PM.

Sadly, even in small organisations, even in the most connected and personally intimate of workplaces, the descent of the stork is rarely, genuinely, greeted with delight. Even if people are thrilled for you, it’s still an inconvenience, particularly if you need to be replaced.

And, as with the character at the centre of this drama, it’d only be human to worry about who that replacement might be and what they’ll do while wearing your shoes; if they can fill them, or whether they’ll suit them better.

I’ve certainly known quite a few people who, while in an Interim Mat Leave cover role, have been secretly determined to outshine the incumbent with the aim to usurp them (proving the point that while you might not be paranoid, that doesn’t mean someone’s not out to get you).

I can’t help feeling The Replacement could have explored these themes as a psychological drama a lot more without the ‘The Hand That Rocks The Cradle’ silliness, but, TV commissioners being what they are, the dial has to be turned up to thriller to reassure them they’ll get an audience.

It could have been just as compelling if it had been a lot subtler.

There have been some good moments. Little glimpses of the schisms in the workplace sisterhood relating to motherhood. We’re all moulded to compete at work and, from what I’ve witnessed, pregnancy – and particularly labour – is a fierce battleground.

No one is more publicly judged than a pregnant woman – and no more so than by other mothers.

There are the virtuous ‘All-Naturals’ who raise their eyebrows at anyone who stops breastfeeding at less than three years.

There are the ‘Guillotine Knitters’, desperate to tell any pregnant women how horrendous their labour was with a “Just you wait and see,” relish.

And, as with the creepy Paula in The Replacement, the ‘Seed Planters’ – those who, with a kind expression and a sweet smile, release a contagion of doubt into the mind of any pregnant woman they encounter (“Oh, you’re trying for a home birth, are you? I’m so glad I didn’t go for that in the end.”)

All of this is a pretty alien concept to most men (I’m a gay man with many female friends; I’ve, vicariously, lived through more pregnancies than Queen Victoria). As with the male boss in The Replacement, men, by and large, stay out of it. Without the thrills, this drama could have uncovered a lot more about the workplace politics involved and maybe enlightened a lot more men in the process.

If more men were able to make the connection to how they might feel should someone else come in the fill their shoes while they took a career break – examining how they’d like to be treated, what they’d want to know, how they would like to connect with the workplace during their absence – there might be more appetite to finesse policies and procedures (and behaviours) around maternity leave across the board.

It’s incredible, when you really think about it, that, biological inevitability that it is for the vast majority of the population, we still haven’t really worked out how to work work around parenthood (the fact that so few men are inclined to take up Paternity Leave, even when it’s promoted in a workplace, shows how far we’ve got to go to balance our priorities).

The Replacement certainly works well as a thriller in the vein of the aforementioned ‘Cradle‘ (with a few nods to Single White Female, Rosemary’s Baby and Fatal Attraction thrown in) and it’s a fine cast.

But I fear the final episode (airing next week) is going to leave us with nothing more than a series of improbable plot twists and two ‘hysterical’ women both disturbed and imbalanced by their relationships to motherhood and each other.

Not doing much for the sisterhood. Not shining much light on the issue of maternity leave. And not really telling us anything at all.