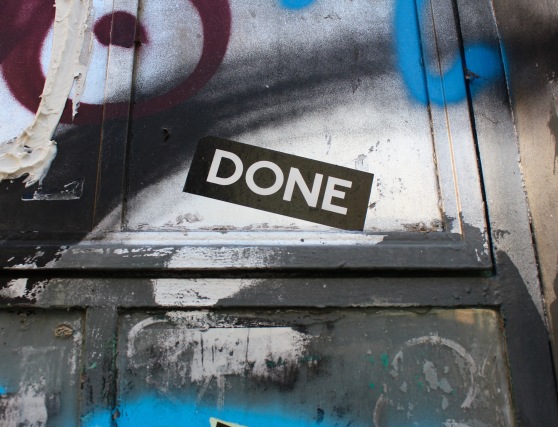 No, not that one. Or the other one, mercifully.

I’ve got two reasons for this.

While any given year (since the dawn of humanity, sadly) could, for someone, somewhere, be encapsulated by the word, the masochistic events of 2016 flayed more layers of skin from citizens across the world than any year in (certainly my) living memory, revealing just how conflicted we all are.

Down to the bone.

And what a dogfight it all was (with no disrespect to dogs, who generally behave far better than us).

To every word, an antonym. Axe to axe; sword to sword. Mud to mud.

Arguments broke out everywhere, in unexpected places. Everyone was shouting. Divisions, dividing and dividing, sub-dividing – the world, rather than exploding, simmering into itself; reducing.

Wherever you turned, divisions were being exposed. And created.

Were they there all the time, lying in wait like racer snakes on a Galapagean beach?

Are we any more polarised than we’ve ever been, or just more exposed?

Perhaps our shock is the most shocking thing.

Surely only a fool believes that conflict isn’t inevitable – that, while we might want to teach the whole world to sing, inevitably, someone, somewhere, doesn’t want to join in?

And how can we expect the world to resolve its conflicts when there are so many universal conflicts to be found within every individual – the human struggle?

We all, in our way, battle with these in some form or other. Multiply that fight – within one heart, one household, one street, village, town or city, county or state – and any peace that we find becomes miraculous.

But find it we do. And we don’t always have to escape places that are a daily source of conflict to do it, either.

This brings me to the other reason conflict has been on my mind – and, again, my concern has been one of potentially being too wide-eyed.

Earlier this year, I set up my consultancy business (another dreaded C word, but an unavoidably accurate descriptor in this instance), and, having reckoned on the name and philosophy behind it – Play At Work – for quite some time, it recently occurred to me (in a flash, as things so frequently do) that a surface sense of it may read, to some, as somehow naive, fey even – conjuring up images of smiley people in brightly-coloured jumpsuits bouncing around on spongey, brightly-coloured furniture.

Apart from the fact, obviously, that wouldn’t it be great if more people were actually smiling and bouncing around at work (wearing brights or otherwise) – and, hopefully, the fact that, should you explore my work, you’ll quickly see it revolves around many workplace conflict issues such as diversity, disruption and culture – another flash came to me this week while wrapping gifts and concerning myself with sibling rivalry:

Conflict is an inevitable part of play.

The difference, in the playful workplace (just as in the happy playground), is that people, when there is conflict, can learn from it, get beyond it and around it – quickly, sympathetically, empathetically.

When children play there’s always an obligatory scuffle – a little difference of opinion about the plot, or location, or whose turn it is, or the given powers of an action figure – but children know, if they want to keep playing the game, they need to resolve the conflict.

If you run a business and never see people laughing (or only ever hear the caustic cackle of cruel laughter) you’ve created a very sad place to be.

Talking to most people, 2016 has left pretty much everyone in a bit of a sad place. Everyone feels a bit bruised, a little chafed. We all been burned by someone’s words. We don’t even know what’s funny any more – or if anyone is meant to be taken seriously any more.

Post-Truth is no laughing matter.

For many, 2016 heaped one monumental sick joke upon another, interspersed with the usual daily grind of human tragedy and injustice.

Without doubt, the ‘other’ came off worse in 2016. ‘The Others’ were, more often than not, presented as the problem. And the population of ‘other’ grew considerably. Almost everyone became a second class citizen, to be man-handled, expelled, discarded or disenfranchised at will.

Personally, I’ve always been drawn to ‘other’ and stories of otherness.

Despite being a white British male (white 87% of the UK population, male 49%), my ‘otherness’ was apparent from a very early age. When I started school, I learned I was a minority as a left-hander (10% of the population) and a green-eyed little monster (shockingly, only 2% of the world’s population).

Later, my minority report filled out further, as a gay man (sketchy stats here but between 5-10% of the male population) and as a tall one (only 3% of men globally are over 6’2”).

By the time I started work I was well used to people commenting on my various rarities (the above isn’t even the full extent of them – I must be some kind of mutant). And I’d grown to like them. I expected, in any given exercise, to be the one standing in the smallest circle – and to be okay with that.

Perhaps, being so frequently reminded of my otherness, it was a little easier to find a path to empathy for others’ otherness too. After all, they used to persecute southpaws didn’t they (and many are still mightily suspicious of you – it always amazes me how quick people are to notice, to comment).

I don’t know what it’s like to bask in the warmth of the masses, the average – to be somewhere where everyone is just like me – but then, I don’t really believe anyone does.

Is anyone, ever, just like you? Of course not – and it’s a big mistake to think that they are.

And the cause of much conflict.

It’s a good time of year to remember this. Our romantic fantasies of a perfectly harmonious family Christmas are usually shattered when we forget how different our nearest and dearest are; when we forget to factor in, some conflict is inevitable.

We are all ‘other’ in our own unique, weird, wonderful, frightening, broken, perverse, persevering ways. Christmas, family events, often emphasise this point when we are potentially brought together with others we may not understand as much as we might think we do, or should. With people who may share our blood but very little else.

For some, the only way to get through a family Christmas is to behave with the politeness of strangers. These are the conflict avoiders. It’s one strategy. Others are more than happy to provoke a conflict. Others still just can’t help themselves.

Some conflict is inevitable. There’s always at least a skirmish if not an all-out war of words – and, as in the world, as in those workplace battles, it can be hard to decipher the true victors. Denials, misinterpretations, reinterpretations, can be pointless. Can seem pointless. But can also scar. Can also cause long term damage.

What long term damage 2016 may have wrought might take us a very long time to tell.

If we keep talking, considerately, giving each other equal air time, equal consideration, thinking of the potential consequences of what we are saying, it might, in the end, not cause all that much damage a decade from now. It might actually be a revolution we learn something from.

Conflict may be inevitable, but how we deal with it needn’t be.

Words can mend as well as divide. Miraculously, a compromised peace can endure when we remember there is more that unites than divides us, but that we’re all a bit different too, and need to respect that.

Either way, for me, the lesson of 2016, for now (and the action we can all take more responsibility for), should be to choose our words more wisely – and, if you can’t, Christmas day or any other, you better mean what you say (and be ready for a fight).

After the year it’s been, taking a moment and trying for harmony (even if it means biting your tongue) might be the greatest gift we can give anyone this year.