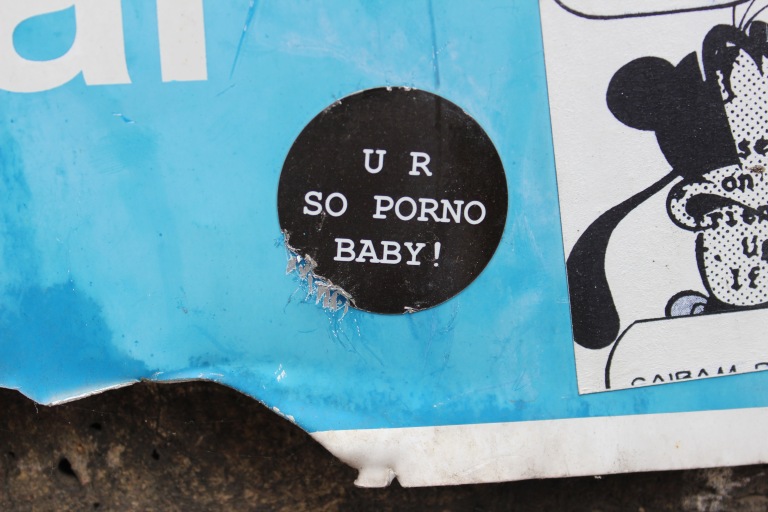 It’s a popular question for the business leader – “What keeps you awake at night?”

Politically, it’s a tricky one to answer: tell them about something too specific, an operational ‘challenge’, a ‘testy’ market, and you could send the stock descending (or your own, at the very least); be too vague, or too complacent (“Oh, nothing, I sleep like a baby,”), and you could be considered smug or, far worse, out of touch (and find yourself in a real bear market).

A good stock answer is something along the lines of “What are we going to do about X,” – X being a problem to be solved but, ideally, a broad one and something the business leader, or, indeed, company, cannot possibly be held solely accountable for.

Good X responses would be things like getting more women into STEM industries, increasing global internet access, keeping talent in the UK, improving social mobility (you see, even if you do find yourself challenged on what your company is doing about any of these things, you can hopefully namecheck at least one initiative in tandem with the caveat that the problem is part of a much bigger picture).

“What am I/what are we going to do,” is, in all honestly, probably the question that does keep most of us awake.

And sometimes, maybe only sometimes (though, I would say, if you’re doing this every night then something’s got to give), we ask ourselves the really big questions, like “What have I done with my life?” or “So, is this it?”

Saying that out loud, saying it in public, however, is riskier than admitting it’s your addiction to internet pornography that keeps you awake at night.

The dreaded C-word really does get people steamed up.

It makes sense, when you think about it. In Western Culture, we have promoted the idea of the individual to the extreme; all, and everything, is self-actualisation. No wonder we rebel against the idea that we’re shaped in any way by ‘The Collective’. We think we’re immune to it (especially us cynical Brits).

The very notion that we might be (even if only slightly) shaped by the organisational cultures of the places we work is outrageous to many. I am no robot. No corporate clone. Some people get very defensive around talk of company culture. It’s all subjective. It’s all a distraction. It’s all talk.

What’s really, really irritating about it (and this really is the crime of this century), is that it’s so damn hard to quantify it. How on earth do you get ‘meaningful’ data about culture? Can we measure it, even if we want to?

No wonder then that few business leaders ever answer the thorny old sleepless in the C-suite question with the realisation so many have come to: what keeps me awake at night is that what I’m going to be able to do depends on the culture I’ve created, and I’m really worried about the kind of  culture we have and what I can do about it.

Only the other day, while passively travelling up an escalator at, well, I can’t remember which tube station (I was tired, as I recall, hence my patient ascent), I was struck by a fine example of the mixed messages our culture sends out.

Every other poster panel was advertising some form of baked indulgence (it being Great British Bake Off season, after all): there was some kind of live baking show, baking themed cook books for sale, food themed novels for sale. Every other poster panel, splicing between the sugar and spice in all their candy colours, was advertising bodies beautiful (or, at least, utilising them to sell gym memberships, vitamins, perfume and holiday destinations).

Food and flesh. Basic desires. But, and therein the rub, all those baked goods have no helpful part to play in sculpting those chiselled bodies. Our culture says have this because you should have what you desire, but be this, because otherwise you’ll be undesirable, and it happily puts those diametrically opposed messages side by side. Impossible.

In fact, when it comes to what is desirable, what is acceptable, what is possible and what should be possible, our culture puts out an awful of lot of mixed messages.

In the social media age, seismic cultural shifts can happen seemingly overnight (Caitlyn Jenner on the cover of Vanity Fair springs to mind), but, actually, cultural transformations rarely happen, and truly embed, in the blink of a perfectly lined and lashed eye.

The biggest challenge is one of definition. Even for those who do believe there is such a thing as a ‘culture’ within an organisation, exactly what that is can be more than a little nebulous.

As a perpetual advocate for simplicity, I think there is a simple definition for culture.

Culture is the stories we tell about who and how we are.

There are the macro stories: the brand model, the marketing plan, the investor statements, the myths.

There are the micro stories: the individual employee tales, the recycled anecdotes, the Glassdoor posts.

Of course, just as (with the best will and all the introspection in the world) it can be a lifelong mission for us as individuals to work out who and how we are, it’s no easier for an organisation comprised of 3 or 30,000 people to hold up an exacting mirror to themselves. And time, the enemy of us all, is always of the essence.

Self-diagnosis is rarely recommended. For the well-versed outsider (and workplace cultural tourist), divining the culture of a place is relatively easy to discern. In fact, you’re usually hit with it pretty quickly.

Getting the right cross-section of exposure helps: talking to people helps – the leaders, the squeezed middle, the front line; getting the gossip, within and without; looking at how the organisation presents itself, its image and imagery; looking at the tone of communications and conversations; and considering the operational log-jams and where things aren’t working so well (or at all, for that matter).

Get to grips with all that and you can start to get a crystal clear picture of the culture you’re dealing with. The trouble is, it does rely on getting a lot of qualitative, rather than quantitative, data – and that makes a lot of people feel a bit antsy.

Qualitative equals, in some minds, subjective, costly, unreliable and risky. People want the numbers, not the words (forgetting we are hard-wired for stories and that it’s only through using the right words that you can produce the right numbers).

And though getting to grips with your cultural story might not be as convoluted as imagined, changing a culture is about as complex a mandate as you can get. It depends on all those things we’re supposed to dismiss with in business – feelings, emotions, senses and sensibilities – and in bringing together words and actions that connect with people’s feelings and sensibilities.

Should you discover a consistently toxic culture (and there are plenty of these about), that’s not going to make you sleep any easier, is it – after all, to change a toxic culture requires a radical shift in thinking and action. New blood, new leadership, a new narrative, is the likely order of the day. Which means a lot of change – and more sleepless nights – ahead.

Usually, though, it’s a more evolutionary approach that’s required. Amplifying what’s great and what’s good; calling out and confronting what’s bad. Mostly, it’s about a bit of tinkering, a bit of reminding, a bit more storytelling – better storytelling, to untangle all those mixed messages.

To ignore the issue of culture is to ignore the true potential of any organisation. It’s the culture you’re creating, that you’re operating in, that will truly define your future success. Without reflection, there can be no progress.

What keeps me awake at night is worrying about the percentage of business leaders who aren’t worrying about culture, who aren’t in the culture club. After all, we can only change the future of work if we keep culture front of mind.

Too many employees are left asking “Do you really want to hurt me?” of the toxic cultures they work in. It’s only when those at the top wake up to this that we can really start to change that.

One thought on “The Culture Club: Why Worrying About Who You Are Is As Important As What You’re Going To Do”