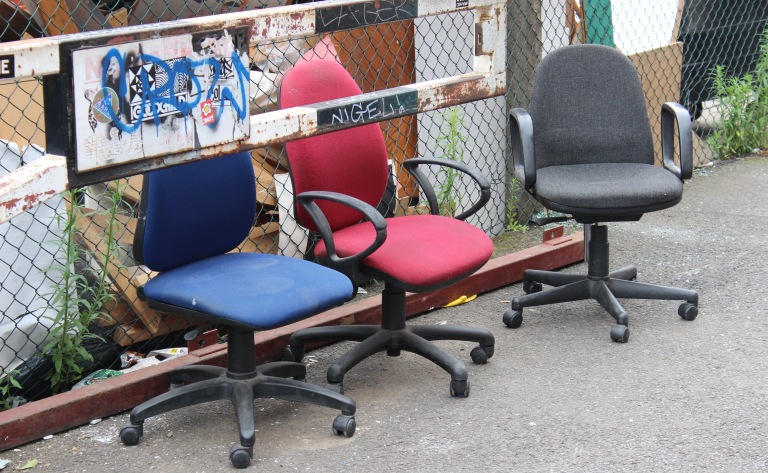 Here’s a question for you: what is the study of work? What do we call that? Think about it. There’s Ergonomics, of course, the study of time and motion and the like, but nothing, as far as I can see, that’s very solid on work itself – Workology, as it were.

Considering it’s the very thing most of us will spend most of our waking lives doing, it’s mysteriously absent from the school curriculum. The lamentable performance of any careers advice service at school is so oft repeated it’s a classic comic cliché.

When have you ever heard someone say “Oh yes, my careers service was amazing, totally understood me, opened my mind to things I’d never thought possible and helped set me on the path to achieving them,” – ever?

Me neither (but, if you have, you should be encouraging them to publicise to anyone who will listen who these people were and what they did).

Still, it is encouraging to see the government is pushing for some major reform in terms of the space it is given on the curriculum, more clarity about the channels through which careers advice is provided, and more scrutiny of its quality.

There’s a lot of talk about the need to incentivise schools to do this, and some threats of being downgraded as a consequence of failing to do so.

I would hope most teachers wouldn’t need too much incentive to do this, but I would vouch they might appreciate some help in terms of how to approach weaving ‘Workology’ seamlessly into the curriculum in informative, imaginative and productive ways.

This has always been the problem. Work is a fascinating subject. The genesis of it. The performance of it. The orchestration of it. The psychology of it. The philosophy of it. The social, political, economic and cultural impact it has.

It’s work, not money, that makes the world go around.

Yet, somehow, we can’t formulate it as a coherent subject.

Instead, it becomes a tacked-on, rainy afternoon sort of activity, given little credence by any of those involved. A few talks. Maybe a few questionnaires (if you’re lucky). Maybe a conversation with a careers advisor. Maybe a placement in a relative’s workplace, which (if you’re lucky) usually involves plenty of hanging around waiting for something to do.

The really weird thing is the topic of work is ever present. Right from the off, the tales of the nursery are crowded out with farmers, police officers, firefighters, builders, postal workers (pretty much anyone in uniform, come to think of it).

We learn numeracy playing shops. We play sports people (albeit an elite few) play for a living. We get to experiment with the arts, study in labs like scientists – as obvious, dumb even, as it sounds, there isn’t a skill you learn at school that can’t be directly applied to a job, an industry, a career; millions of jobs and industries and careers.

There isn’t an item you can pick up or look at that can’t be unravelled into hundreds of career opportunities.

I think that’s the real root of the problem. There’s too much to know. What knowledge and insights, what skills and experience, would you need to teach work?

If we were to have ‘Work’ lessons, there would be a lot to get in just to cover the sectors, the skills and types of roles people do, let alone be career coach to each individual in class to help them understand their own wiring, passions and skills in order to discover their Work Happy (and where would you find room for all that fascinating philosophical, psychological, political, social, cultural stuff?).

Still, with a bit of lateral thinking, I don’t think it would be impossible.

I think the opportunities just need to be more clearly flagged. The stories more engagingly told. We’re not very good at romancing work, only its spoils. But work – fulfilling, fits you, fires you up work – is so often an act of love.

We just have to find it by ourselves, by accident, stumbling around a little, or a lot.

That we can’t teach, we can only demonstrate. But we’d be doing a much better job at showing our love for the next generation if we put the study of work at the heart of study at school.

2 thoughts on “Workology: A New School Of Thought On Work In Education”