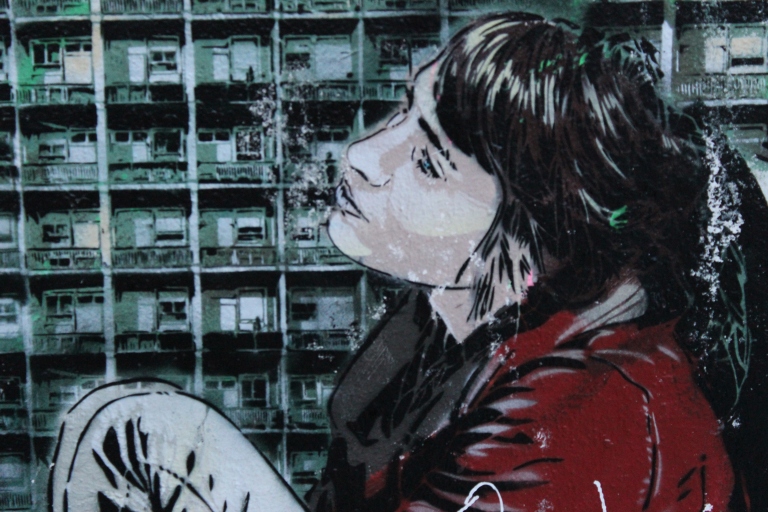 I think I first became aware of politics in the Spring of 1982. My father was painting the bathroom and had a portable radio in there with him for company, and I remember crossing the landing from my bedroom and hearing the announcer stating that we were now at war with Argentina.

I was seven. I clearly, already, had a notion of war from watching TV – war looked like the Blitz, war looked like gas masks and bunkers in the garden. I can remember being absolutely terrified by hearing this announcement and being calmed by my parents with the help of a globe and the reassurance we were unlikely to be on rationing any time soon.

By seven, the world, and its wars, had come crashing in across the airwaves. I found myself, now, watching the news. I wanted this war to be over. I wanted to know what was going on.

But what’s really interesting to note, thanks to this Falklands flashback promoted in my mind by the political flashbacks we’re currently experiencing in British politics (banning the bomb and the deeply-disturbing TV series Threads soon eclipsed the Falklands conflict in my mind – the eighties really were a scary time to be a kid for many reasons, not least the outfits), what really got me thinking, though, was who I saw, back then, aged seven, running the world.

In 1982, in the UK, I lived in a country ruled by a woman, run by a woman and totally obsessed with a woman. Liz, Maggie and Di were the news.

At home, my mother seemed to run the show (my father worked long hours and was away quite a bit); at school, my teacher and headteacher were both women (in fact, there wasn’t a male teacher present at all); and, whether presented as stoical, strident or simply stylish, when I turned on the news, women were centre stage.

By the mid-80s, even more sisters were doing it for themselves; we had Alexis Colby-Carrington-Dexter, Madonna, Janet ‘Miss Jackson if you’re nasty’ Jackson; Baby Boom and Working Girl. The post women’s liberation movement seemed to have come of age. Equality, though by no means a universal reality, seemed not just an attainable aspiration but, ultimately, an inevitability.

That dawning of consciousness as to the ways of the world around me then implied that, while it might still be a man’s, man’s world, that wasn’t a state of affairs that was expected to last very long.

Third-odd years later, the likelihood of Diane Keaton or Sigourney Weaver (let alone Melanie Griffiths) being in the boardroom in the first place looks slimmer than ever.

The Green Park Leadership Report 2015, focused on the FTSE 100, states there are 5% female CEOs and 3% female chairs, with 62% of boards showing no minority presence at all (the race stats are just as, if not more, damning – but I’ll save that for another post).

Even pulling out every possible ‘reasonable’ explanation you can think of – woman aren’t as hungry for recognition, women don’t need the top job status to be effective, women are more likely to have more balanced priorities when it comes to home and work, it’s the deficit of female role models – none of these things can possibly explain it.

I’ve done graduate recruitment campaigns for nearly 20 years – and, generally, in general programmes, in ‘general’ businesses (not so much, admittedly, in trad-male sectors like engineering) the intake has been, generally, 50/50 (or thereabouts).

So what happened to those women I seduced into joining FTSEs 20 years ago with the promise of no glass ceilings? Did they find one – or just decide there was more to life anyway?

One of the biggest problems in this area is the lack of transparency and honesty (it’s amazing, in this age of transparency, how much, despite all our data, is still so obscured).

I remember having a conversation with a woman who had organised a very ‘high profile’ women’s networking event in the city, with an impressive panel of women leaders.

“The thing is,” she confided in me, “they were all up there telling the room they could all have it all, and, because I know them, I know that’s just not the case. Of the four women on the panel, one was single, two were childless, and the two with kids had stay-at-home husbands. Their lives aren’t like my life. It wasn’t an accurate picture. They didn’t tell the room what they had sacrificed or why – that’s the story young women need to hear. And young men. There’s always a sacrifice to be made somewhere, for somebody. I don’t think anybody really ever has it all.”

Before the recession, I had a lot of meetings with Diversity and Inclusion departments. Like so many ‘nice to haves’, post-recession, not so much.

The real shame in this is that, done well, and done truly inclusively (i.e. also involving the pale, male, stale guys too), D&I initiatives can encourage everyone to talk about their biases, their conditioning, the dynamics of their individual lives. They can encourage people to have the difficult conversations – with ‘difficult’ so often being defined as honest.

And, for me, honesty is always the way to make progress (however challenging the ride might be). We all need to be a lot more honest about what’s really going on here. The world looks so different to how my seven-year-old self imagined it would be.

One thought on “Sex, Lies and Statistics: Is Diversity In Greater Decline Than Ever?”