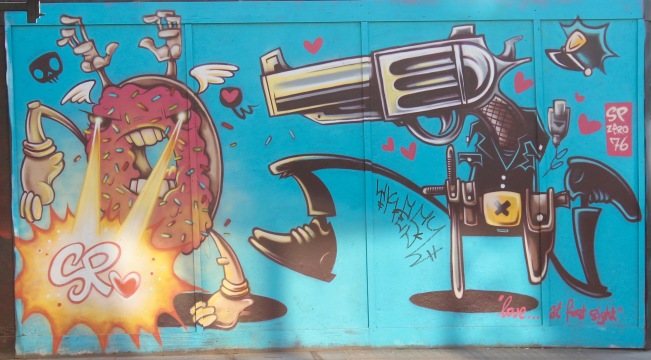 People don’t like smokers. Or fat people. According to the data, they’re not too keen on short people, gay people, women, bald men, tattoos, ‘old’ people or people with names that don’t sound ‘white’, either.

No wonder there’s a so-called war for ‘talent’: who’s left?

It’s a strange paradox (what isn’t?) that, while we’ve heard a louder narrative from many organisations calling for people to bring their whole ‘selves’ to work over the last few years, there seems to be no noticeable decline in the mountainous list of things people use to discriminate against potential employees.

If anything, the judgments seem to include a wider sphere of potential no-no’s, and feel harsher.

Sure, you can bring that whole self of yours to work, just as long as it’s not a self that brings with it a predilection for Krispy Kreme donuts or Marlboro Lights.

Of course you can bring your whole self to work – just as long as I think it’s a self that’s pretty damn similar to me.

What options are there for the job seeker? Thin, caustic non-smokers will say quit smoking, lose weight. Wiser people might understand it isn’t, usually, as simple as that.

What other simple solutions might there be for people – wear stacked heels, a toupee, a flesh-coloured body stocking at all times; change your name?

Sure, those things are just as easy to change as your gender, colour, sexual orientation or age, right?

As I see it, the only, potentially, viable options from this particular list of prejudices would be to deny you’re a smoker, deny your sexuality, hide your tattoos or lie about your age.

And the really scary thing is that people do. They feel they have to. All the time. All over the place.

I outed myself as a smoker the other week.

It’s not something I’m proud of (not outing myself, but doing it in the first place, you understand), but, unfortunately, it’s my thing (has been for years). I’d love to stop (I did once, for nine months, easily, cold turkey – though falling off the wagon was, in the end, almost as joyous as greeting a new-born baby).

That said, seeing #NoSmokingDay trending on Twitter, on, of course, No Smoking Day itself, I did have a little pang, a little regret at thinking, had I known beforehand this day were coming up, I might have made the attempt (taking a new approach via my new found love of social media and thinking it might have been a good time to experiment, power in numbers and all that).

Expressing this thought (in less than 140 characters), the good people at #NoSmokingDay tweeted back with the gentle, yet persuasive, “There’s always tomorrow.”

I had to accept the challenge and, that night, before going to bed, cleared away all smoking-related paraphernalia. I woke, steeled with good intent, and spent the morning angrily doing housework. In the afternoon, I really wanted to get some writing done, but, by this stage, I couldn’t form a sentence that didn’t have nicotine in it.

This was starting to feel like torture. My levels of irritation (never particularly low at the best of times) were rocketing. Thankfully, at least I was spending the day alone.

I fell at the thirteenth hour, after dinner. And I felt it only right to acknowledge this on Twitter, to tell the truth of how freaking hard it can be, even when faced with public disapproval (whether solicited or otherwise).

Smoking is not my only flaw. I’m a human being, of course I’m flawed.

Just like every ‘white-name-sounding’, heterosexual, non-smoking, non-inked, slim, full-head-of-haired, young (but not too young), above-average-height male on the planet (no offence guys, genuinely, no offence).

And that’s the joke in all of it. The bitter irony behind all these mean little twists on people data that we mash up with sickness and productivity stats to justify our puritanism and prejudice.

Everyone has their vices. And work stresses people out.

Don’t tell me it’s just the overweight and smokers that pull a few sickies. Okay, statistically-speaking, they might have a few more, but what should be of more concern should be the sick days of an organisation’s ‘slim’ non-smokers; what’s making them ill (and, if they’re getting ill a lot, chances are it’s your unhealthy working culture).

And don’t tell me the reason a business isn’t as productive as it could be is because it has too many smokers – if anyone is actually buying that, they need to go back to business school.

The big positive of people who smoke and maybe eat too much is that they are more likely to know they are flawed human beings. Are they the very worst vices we can think of? Their real trouble is that they’re visible (or, even if hidden in the case of smoking, smellable).

Unless you’ve got a real problem, the vices of drink or drugs are less detectable.

Unless you’ve got a recruiter with brain-scanning x-ray vision, your addiction to violence, power, money, bullying others, belittling or hating people not ‘like you’ is also relatively easy to disguise. It must be. There are plenty of people with these kinds of vices that, clearly, get through the door, that get the nomination.

Surely these are the addictions we should really be worrying about at work?

With that in mind, a cheeky fag or a I-know-I-shouldn’t-but-go-on-then sugar-fix doesn’t really seem like the worst thing someone could do, does it?